The study has been developed to determine the effectiveness of using enhanced cognitive behavioral therapy (CBT-E) as a treatment strategy for anorexia nervosa (AN). The researchers start by identifying the challenge of treating anorexia nervosa and a lack of evidence on reliable treatment methods among adults. Consequently, the authors focus on making a contribution by researching on the effectiveness of using CBT-E in public hospitals as a viable treatment method for AN.

AN is identified through poor physical shape and an intense fear of gaining weight. Critically, AN is linked to a wide array of negative health complications leading to suffering and premature death.  Further, psychiatric comorbidity is widespread among individuals with the disorder. Consequently, AN comes with a huge societal and health-care burden. The growing risk and burden of AN is alarming due to treatment challenges evidenced through; treatment dropout, poor prognosis and rampant rates of enduring illness. Additionally, there is no agreed method of treatment meaning different facilities and countries apply a diverse treatment approaches. Resultantly, it has been challenge agreeing on a single, evidence based treatment recommendation. This is the gap this research intends to help close. Reflecting on my thesis, it is based on developing a cognitive strategy as a basis of treating AN. Consequently, this research provides empirical evidence on the efficiency, or lack of, of cognitive therapy in treating AN.

The research does not clearly establish the IV and DVs. Nevertheless, the researchers’ breakdown four variables that determine the success of CBT-E as a successful treatment method, the three are; outcome and dropout rates, early patient engagement, weight and depressive symptoms, and physical activity.

The study was able to show that;

The following points were gathered in this research’s discussion section;

This research points at the negative impact of anorexia nervosa on physical health and psychosocial functioning. Subsequently, the researchers explain that it is important to initiate early treatment in order to safeguard against long-lasting mental and psychological effects. According to the study, the most applied form of treatment is family-based treatment, with empirical support among adolescents with the disorder. Conversely, family based treatment has limitations; it is expensive, some families and patients are against it and research shows only half of the patients fully respond to the treatment. Existence of these limitations encourages a further inquiry into a more efficient treatment method.  Cognitive behavior is a potential alternative to FBT, according to the researchers there is empirical evidence, since it is already a preferred treatment method for patients with bulimia nervosa. Bulimia nervosa has overlapping psychopathology with anorexia nervosa, explaining potential effect. Principally, the research’s focus on determining the effectiveness of cognitive behavior therapy as a treatment for anorexia nervosa makes it an important resource in my research. Although the research focuses on adolescents, and compares FBT to CBT-E, it provides empirical proof on how EBT-E as a treatment method works. Additionally, the research avails evidence on how efficient it is, in regard to treatment rate and sustenance of treatment behavior.

The study’s hypothesis is in the introduction section and posits that CBT-E is a better alternative to FBT in treatment of anorexia nervosa among adolescents. The research does not explicitly enumerate independent and dependent variables. Nonetheless, the following variables can be derived in the methods section; patients completing CBT-E, outcome on patients who complete CBT-E, and changes sustained following CBT-E.

The result section details the outcome from 49 eligible patients who were offered CBT-E out of which 46 participated. The result for each of the three variables was as follows;

Conclusively, the study’s hypothesis was supported; CBT-E was proven as a viable alternative to FBT in treating anorexia nervosa among adolescents. The results showed a high rate of compliance, two thirds of the participants completed the lengthy treatment, which was higher than rates recorded using FBT. Secondly, participants who completed the CBT-E recorded improved weight gain, all patients reached 95% of their projected weight. Lastly, recorded weight changes were sustained following the end of the experiment, during a 60-day follow up only three participants had sought additional help. Irrefutably, CBT-E proved a better alternative to FBT where patients regularly seek additional help.

The following main points were presented in the discussion section;

This research focuses on treatment of anorexia nervosa. The research acknowledges treatment of anorexia nervosa among adolescents is more successful compared to adults. Nonetheless, there is a need to develop an optimal treatment strategy since long-term treatment success of the present methods is still unsatisfactory. According to the research, about 50-73% of patients remit, 20-30% fail to recover, and 9-14% die. Consequently, a huge gap in successfully treating anorexia nervosa is still evident. The most prevalent problem is low treatment response. Since there are many known interventions, this research settles on cognitive-behavioral therapy (CBT) as the most promising method of treatment. Nonetheless, the authors indicate that even with the current adoption of CBT as a treatment strategy there is still a major treatment gap. Other than recommend a new method, they evaluate the proposal of adopting enhanced cognitive therapy method (CBT-E). CBT-E is explicitly developed to yield long-term change unlike other treatment alternatives whose effect is short-lived. In order to understand the full effects of CBT-E, the researchers used the method among in-patients.  The research’s focus on cognitive-behavioral therapy makes it an important resource for my research.  My thesis statement is focused on determining an effective treatment method for anorexia nervosa. Subsequently, a research on CBT-E as an effective treatment method provides an important input for my study.

The authors hypothesize that enhanced CBT-E is an improved method of treating anorexia nervosa in inpatients. The variables applied in the study are, the proportion necessary to complete inpatient CBT-E, does CBT-E lead to improved outcome, and sustainability of changes resulting from using CBT-E.

The study involved 80 eligible patients randomized into two programs, CBT-Ef, n=42 and CBT-Eb, n=38, all the patients had a BMI lower than 16.0, the following observations were made;

The research provides adequate proof to support the hypothesis on the efficiency of CBT-E on improving the condition of individuals, both adults and adolescents, suffering from anorexia nervosa. Sequentially, the research was able to demonstrate that CBT-E increases average body weight and BMI, scores well in sustaining proper feeding regime, and it is also easy to complete a CBT-E treatment plan. These markers demonstrate an improved treatment method for all age groups.

The following major points were derived from the research’s discussion; 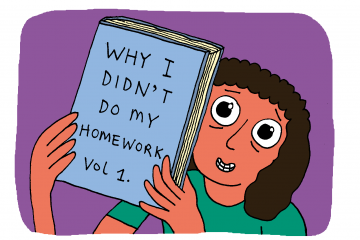