Types of Verbs in English

What is a verb? A verb is a word that appears in a sentence to denote an action. A simple definition of a verb would therefore be a word that reports what the subject (noun) is doing. The importance of a verb in a sentence stems from the fact that a sentence can be complete without a noun or adjective but never without a verb. For this reason, it is important to understand the various types of verbs and how they are used in sentence construction. A simple sentence in English comprises of two elements; the subject and the predicate. What is a verb example?

A more complex sentence would be;

“Allan walks to school when he misses the bus.”

A sentence can be simple or complex; a verb must be in use to tell what the subject is feeling, doing, or being.

Verbs are categorized into three main classes. With a proper understanding of how and when to use verbs, learning English becomes quite simple. Familiarity with the various verb types also helps to avoid certain verb types depending on their purpose in a sentence.

The verb types are;

An action verb is used to denote an ongoing action. When something or someone is performing a certain action, the type of verb to use is an action verb. In telling stories, action verbs play the important role of moving the plot forward. They also create tension. Do you have academic papers and articles to write? Action verbs give clarity and direct action to written content. There are two categories of action verbs; transitive and intransitive verbs.

A transitive verb must be followed by a noun that receives the action of the verb. This noun is known as a direct object. For example;

“I painted my son’s drawing.”

In this case, “painted” is the transitive verb while the direct object that comes after it and receives the action is “my son’s drawing.”

In some cases, the object can be indirect like when describing the recipient of the action. For example;

“Maria gave Rachel a kiss on the forehead.”

In this example, “gave” is the verb while “a kiss” is the direct object. The action happened to Rachel and that makes her the indirect object in this sentence.

A good way to know that a verb is transitive is to establish whether its action has a direct effect on someone or something.

In the example above, the verb is “run” and the adverb phrase, “away quickly” provides more information regarding the verb. Since there is no object in the sentence to receive the verb’s action, “run” is an intransitive verb. If you get confused trying to distinguish between transitive and intransitive verbs, ask the question, “Does the verb have a direct effect on someone or something?”

Whether an action verb has a direct object or not, they create immediacy in a sentence, which is crucial in telling a story.

Also known as a helping verb, this type of verb is used to modify the main verb. By providing hints that relate to the possibility that something is going to happen, readers understand the main verb better. Adding an auxiliary verb to a sentence automatically creates a verb phrase. For example;

“His story might (helping verb) be (main verb) embarrassing for some of her family members.”

An auxiliary verb creates possibility around a certain action by giving it a timeline (present, present, future). The following words are verbs that often function as helpers in a sentence; can, could, may, might, must, ought to, shall, should, will, would, am, are, be, being, been, did, do, does, has, had, have, is, was, and were. Example of use;

A linking verb is an action word that connects the subject to a noun or adjective by describing it. The adjective and noun in such instances are known as a “subject complement.”

Verbs are used all the time when speaking and writing English. Look closely at the words that are used in any conversation; the choice of verbs delivers a punch to the prose.

By using the right verbs, the readability is enhanced and audiences enjoy moving on to the next level of the story. If not used properly, it would necessitate the use of extra modifiers in an attempt to describe an action. Bearing that in mind, any English user needs to know how to use verbs effectively in constructing sentences. The following tips will offer clear guidelines;

Hiding a verb is turning the original action into a noun and then using a weak verb to accompany it. Many writers do this unintentionally because they ignore the impact that a verb has on a sentence. Let us analyze this scenario in sentences;

The first sentence is not only shorter but also more direct. In the second sentence, the verb has been weakened by adding –ion which turns it into a noun. A weak verb, “make” is then used to complete the structure of the sentence; resulting in a dilute sentence.

To spot a hidden verb in a sentence, look out for words that end in – ment, – sion, – tion, and –ance which indicate the alteration of a word. The next then to search for is the presence of weak verbs such as give, reach, make, have, and take. If these two conditions are proven to exist in a sentence, it is highly likely that there is a hidden verb.

How can you spot the weak verbs you have used throughout your writing? The best approach would be to use the services of a professional assignment service. They not only help with English homework but also offer tutoring services.

#2. Do Not Use Passive Verbs

If you say, “The Mountain was climbed by me” or “I climbed the Mountain,” the same message would be conveyed to your audience. The second sentence would however sound better in addition to grabbing attention effectively as opposed to utilizing passive verbs such as was, has, or is. Do you want to write with authority? Consider rewording sentences to do away with passive verbs in favor of active verbs.

This sentence could be improved too,

In the example given above, the verb “sleeps” conveys action as well as movement and is, therefore, more powerful to use than the passive form. By allowing verbs in their active forms to do the hard work in a sentence, the message is conveyed concisely and positively.

There are multiple verbs that can be used for the same action in English, but some stand out for their ability to communicate better than others. A good example is the word, “whispered” which is more descriptive compared to the word “said.” In the same way, it is better to use “sprint” instead of “move” if the writer intends to be precise about the type of movement.

While there is no harm in using “said” and “move” in a sentence, in cases where more information about an action is necessary, it will be better to use a specific word for the action instead of having to modify a weak verb. Applying this rule often means removing a generic verb from a sentence and replacing it with a specific verb that is stronger.

“He ran swiftly after the bus.”

This can be modified to, “He sprinted after the bus.”

Sprinting denotes the action of running at high speed in reference to a short distance. By using sprinted instead of ran swiftly, the reader gets a more evocative and concise picture of the situation. In other instances, this rule could mean using a stronger verb in the place of a generic verb and a modifying phrase.

“She smiled in a mean way at the new teacher.”

A better way to write this sentence would be, “She sneered at the new teacher”

To sneer refers to the action of smiling in a mean way – it makes for more interesting writing and makes the message powerful. If you are thinking of using a phrasal verb anywhere in your writing, go ahead; multiple words used together such as, “break up” and “let down” are as powerful as specific verbs. 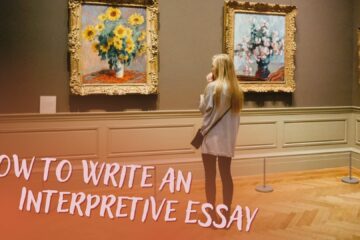 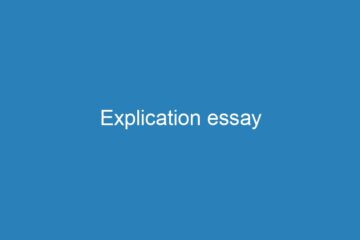 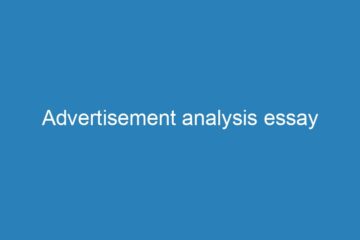