Why is English Important Today?

Growth of importance for the English language

At its peak, the British Empire dominated about 25% of the surface of the earth. Through colonies and protectorates, the British ruled over many countries that were by then referred to as territories. The English rulers obliged their subjects to speak English at the expense of their native tongues. There were two main reasons for wanting this; easy communication within colonies and control of information propagated in public settings.

Looking back to the era before colonial times, it is quite complicated to trace the origins of the English language. The impact of the language today is huge to the extent that trade, business, and media will be unable to function without this means of communication. Still not convinced of why English is such a prevalent mode of communication? Let us analyze a few key areas of use that explain why English is important today;

Even though English is ranked as the second most frequently spoken global language after Mandarin, 53 countries across the world use it as the official language. Furthermore, 400 million people globally learn and speak English as their first language. According to data from the British Council, an estimated 2 billion people from various regions were studying English in 2020.

Based on these pointers, it is likely that when two people from different countries meet, they will be able to communicate by virtue of both of them knowing English. It opens up the world to everyone who understands it and makes them communicate effectively as global citizens.

This also applies to those who work in international organizations. Writing good English is the key to effective communication – you save time on correspondence and it achieves its objective.

2. English for Internet use and Entertainment

Even though there is a growing trend of creating media content in native languages, many productions still incorporate subtitles in English. Unless translated for specific audiences, movies, TV shows, music, and books made in English do not rely on subtitles and translations to reach their viewers. It is also a great idea for learners of English to watch movies in the language so as to improve their listening and speaking skills.

Google, the largest search engine platform on the internet today was initially developed in English and this means that tons of content are still in the language. You must have noticed that when you search for something on the internet, web results availed to you are location-specific (in a national language other than English). This improves understanding, especially for those who are not able to read English. The truth of the matter is that, even with such initiatives, out of the 565 million who use internet resources daily, 52% of the content they come across will be in English. Therefore, if for nothing else, people should endeavor to learn English because it aids their accessibility to information that is unlikely to exist in any other language. Whether for work or leisure, understanding English enables people to exchange information with their online connections as well as acquire world-class knowledge.

One of the first phrases mastered when learning a new language can be readily translated to, “Do you speak English?” It is generally assumed that people who work in guest relations, hospitality, trade, and entertainment businesses around the world have a basic understanding of English. Even if someone does not know how to speak the language, the question automatically communicates your needs and they might still be able to help you.

Indeed, many countries, even those that do not use the regular alphabet, have made it easier for foreigners to visit and reside there by incorporating English into daily life. Train timetables, street signs, emergency information, hospital banners, and airport announcements are made available in English in more than 53 countries in the world.

Believe it or not, there are subjects such as engineering and science that must only be taught in English. Some Universities offer courses in their country’s national language but this is limiting when it comes to collaborating with other institutions in matters of research and innovation. This explains why elementary schoolchildren in many countries are introduced to English. Did you know that Sweden and the Netherlands teach STEM subjects in English?

Well, it is the dominant language for writing scientific papers because it blends easily with English-based quantitative analysis methods. If you take higher studies in English, you expose yourself to the endless possibilities of acquiring knowledge from a diverse knowledge field and also avails your publications to scrutiny from a large pool of experts who understand the language.

If you want to enhance your cognitive and analytical abilities, consider learning a new language. It can be difficult at first and will involve a quite intensive brain power to master but it is keeping your mind thinking beyond the usual that makes you better.

A study conducted in 2012 by Swiss researchers revealed that there is a significant change in brain structure for anyone trying to learn a new language. These changes impact sections of the brain that are responsible for conscious thought, memory, and creativity. The same research reveals that being bilingual will at the very least maintain brain function into old age by supporting memory and concentration.

Why is English important today? At an individual level, mastery of the English language increases self-confidence and improves personality. All this means that if you embark on the path of learning English as an additional language, you unlock the potential for your brain to function on a whole new dynamic (Not forgetting improved chances of passing language standardization tests like TOEFL).

Dialect refers to how people of a certain geographical region interact with their native language. In Britain for instance, the place where people go to watch a film is called a cinema but the American English word for it is a theatre. These differences are also present in the spelling rules; the Americans write “Labor” while the Britons will spell it as “Labour.”

When learning English, it is important to observe location-specific language rules because they will come in handy in communication. Luckily, most word processing applications will prompt the user to choose their preferred dialect and this ensures that the written form is accurate all the time.

As far as English language rules are concerned, learners need to understand tenses and verbs for effective communication. A verb is a doing word that in syntax is used to refer to a state of being. Here are some types of verbs and examples for better understanding;

When using verbs to construct sentences, it is important to consider the three major tenses to use; past, present, and future. You use past when an action has already taken place, present when the action of interest is happening and future for actions that have not yet happened but will happen in the future. Here is a side-by-side comparison of the tenses with examples;

From what we have discussed so far, learning English can be both time-consuming and challenging but the opening of new opportunities afterward makes it worthwhile. To significantly improve your English learning skills, pay attention to the following areas;

If you master these four skills as a learner of English, your ability to express yourself in the language improves with time. There is no shame in taking extra classes or help with English assignments to achieve your goals faster. The internet has plenty of resources to accelerate your learning journey effectively and affordably. 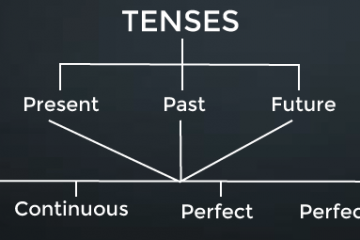 Types of Tenses in English 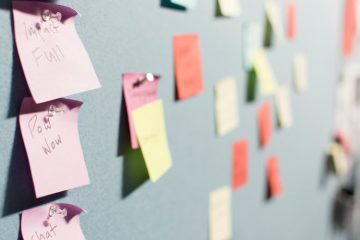 Key Elements of a Narrative Report MBA Essay Mistakes to Avoid When Crafting Your MBA Essay